The paranasal sinuses are hollow spaces in the facial bones that communicate with the nasal passages. There are 4 pairs of sinuses lined by mucous membranes like the nasal passages. Sinuses humidify the air entering the nose providing resonance to the voice. Sinusitis is a common condition in which the lining of one or more of these sinuses becomes inflamed.

Sinusitis may result from a viral, bacterial or rarely, a fungal infection. It usually follows a respiratory tract infection such as a cold, which is mostly caused by viruses. Exposure to irritants, chemicals and allergic substances such as pollen or animal dander can also cause inflammation of the sinuses. Structural defects in the nasal passages, such as abnormal growths or polyps and deviation of the nasal septum, can make drainage of the sinuses difficult, leading to infection. A weakened immune system due to an underlying medical condition increases the likelihood of developing sinusitis. Sinusitis is common in patients with cystic fibrosis, a condition which affects mucus production and movement.

Sinusitis is characterized by thick, yellow, green nasal discharge which may be accompanied by facial pain, stuffy nose, cough and congestion. Fever, headache, fatigue, toothache and bad breath may also be present in more severe cases of sinusitis

The term acute sinusitis describes cases of sinusitis that last less than 4 weeks and may resolve without treatment. When symptoms last 4-12 weeks, it is referred to as subacute sinusitis. Symptoms that persist beyond 12 weeks or those that are recurrent are described as chronic sinusitis, which may require surgical treatment.

Because your nose can get stuffy when you have a condition like the common cold, you may confuse simple nasal congestion with sinusitis. A cold, however, usually lasts about 7 to 14 days and goes away without treatment. Acute sinusitis often lasts longer and typically causes more symptoms than a cold.

Your doctor can usually diagnose acute sinusitis by noting your symptoms and performing a physical examination of your nasal passages. If your symptoms are vague or persistent, your doctor may order an imaging study such as a CT scan to confirm that you have sinusitis.

Certain laboratory tests may be performed to rule out conditions associated with sinusitis, such as immune deficiency disorder or cystic fibrosis. Sinus fluid may be tested for the presence of a bacterial or fungal infection and biopsy of the sinus membranes may also be performed.

After diagnosing sinusitis and identifying a cause, your doctor may suggest various treatments. Acute sinusitis usually resolves without treatment, but certain home remedies can keep you comfortable. Steam inhalation and nasal rinses or drops help clear the nasal passage and encourage sinus drainage. Your doctor may recommend medications such as pain relievers and decongestants. Decongestants produce temporary relief from congestion but may worsen the symptoms with prolonged use.

If a bacterial infection is identified, antibiotics may be prescribed. You may require treatment for allergies or asthma with instruction to avoid allergens such as dust, pollen and pets if possible.

Treatment for chronic sinusitis includes nasal steroid sprays or oral steroids and oral antibiotics. Adequate treatment for specific conditions such as cystic fibrosis is also addressed. Surgery may be recommended to enlarge the natural opening of the sinuses and help with drainage. Surgery is usually performed through the nostril with the help of an endoscope, a thin flexible tube with a light and camera. Surgical treatment may also involve the repair of structural abnormalities such as nasal polyps or a deviated nasal septum. 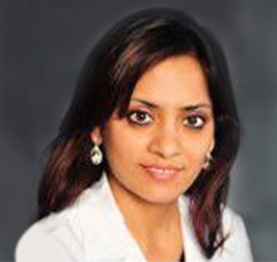